While the shape and the form might sound like the same, they are quite far from being even close to each other. However, these two are still the most misunderstood terms in photography composition.

So, what is the difference between shape and form in photography? Many people will even say that those two are the same, without knowing which is a shape and which is form. The basic difference between these two is in dimensional space. A shape is a two-dimensional outline of an object, and a form is a three-dimensional aspect formed by the shade and light. As we can see, the difference is more than noticeable. But, let’s see why are these two important for photography.

What is a Shape? The shape is the most basic form of describing an object or a subject. As we said earlier, this is a 2D representation of a 3D object… sort of. If you get your pen, draw a triangle or a ball on a paper, we can say that these two are triangular and circular SHAPES. These have no 3D effect and no depth to them. That’s why we call them shapes. In other words, a shape can be represented by its length and width or if you wish, it’s X and Y coordinates.

If we draw a rectangle, it will have two dimensions; a and b.

A is length and B is the width. And of course, this rectangle doesn’t have any third dimension, shadow, or something that tells us that this is a 3D object. This is the base of any shape.

The shape can be divided into several categories: On the contrary to organic shapes, geometric shapes are symmetrical and…well, precise! And these shapes aren’t made by nature.

Instead, we often tell that buildings, bridges, street signs or even roads have a symmetrical shape. All of these things are man-made and that’s what separates geometric shapes from organic ones. The shape can also be negative and positive, just like a number! A positive shape can be found in visible and tangible objects. For example, an animal can have a certain shape, or even a vegetable or fruit. These shapes are all around us and you can probably count a few of them in your room and the house.

A negative shape is a bit different, and the main difference is that it isn’t tangible. You can’t touch a negative shape, it’s sort of an abstract thing that is formed by the certain object that you’re looking at. The classic example of this is when two swans form a heart shape when they face each other.

You’ve seen that, have you?

What is a Form? On the other hand, a form is a 3D representation of… well, 3D objects. As 3D objects have 3 dimensions, a form has not only length and width but also depth. A form can be, for example, a ball that casts a shadow on the ground. This way we can see that this is a 3D object, as it’s represented in an environment. While the shape represents this 3D object, a form is the real 3D object.

For example, let’s use a big paper and drag a circle that has the same circumference as the real-life ball. If the ball can successfully pass through that cut-out circle, it means that this circle is a shape of this 3D ball. In other words, we just drew a silhouette of the ball on the paper. In other words, everything we see around us can be called a form since we live in a 3-dimensional word.

How to Utilize Shapes? Utilizing a shape requires great talent and feeling for photography. Many experienced photographers will also tell you the same! The first thing you need to do is to decide if your object is more interesting because of shape or form. If you see that you can capture the shape of that object, you should always prioritize good angle, as well as the placement of the background objects on the photo.

If you remember, a shape is a 2D representation of 3D objects. That being said, you can easily misinterpret a form for a shape. If captured at the right angle, a photo can greatly accentuate shape over form, which is our goal now.

Speaking of angle, it’s always good to get close to your object(s) and try to capture it from there. This will also put an accent to that shape you want.

As for the shape itself, you should always try to go as simple as possible. You don’t want to put tons of different shapes on the photo!

This isn’t by any means impressive and certainly not eye-pleasing. Instead, if you opt for a collection of objects, try to group the objects that have a similar shape. It’s very important that you keep it simple and the great exercise for that is to look around you and try to find various shapes by yourself.

And if you already took some photos, you can open your gallery and try to find certain shapes on the photos. This is an amazing test for your work and should determine if you did a good job at capturing those shapes. Sometimes, you need to put yourself in a role of a viewer to become a good photographer.

How to Utilize Form?

Having 3 dimensions, a form is probably the hardest thing to capture, even harder than a shape. With these 3 dimensions comes another stack of 3 things you should consider before hitting that shutter button: 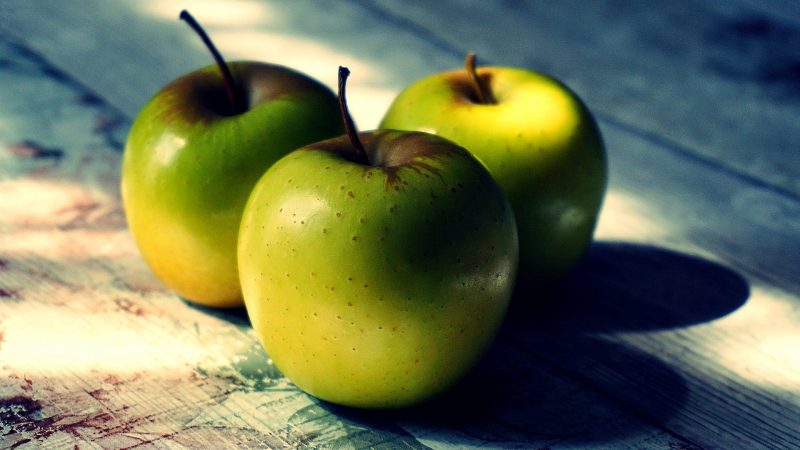 Photography is basically all about angles and light. If you play with these two, you can achieve drastically different results in each try. When it comes to the angle, it’s all about playing with perspective, as perspective can influence the object’s shape on the photo. If you shoot an object from above, it can make it smaller and if you shoot from the ground level, the object seems huge. That’s why women like to shoot selfies from above. This way they look smaller and in most cases cuter.

Playing with angle is mandatory if you want to trick the viewer and change their perspective on the photo. It can also alter the way that this 3D object exists in a scene, making it either smaller, bigger or even giving it another form that can’t be seen in real life. And finally, it’s in a direct relationship with the light, which we’ll talk in a second. The worst kind of lighting you can have is a direct, overhead, and blazing light that can blind your subject even if it’s not a living thing. Many photographers refer to the Golden Hour, which we mentioned here.

The Golden Hour is either a period in the early morning or in the afternoon. In this period, the light is either warmer or cooler, and the shadows are able to make their full appearance. Depending on the light intensity, you can position your subject so that the light points at either side of the subject, for that 3D effect.

Related: Low Light Tips: How To Get Good Lighting For Indoor Photos Depth is very important if you want to make your subject the star of the show… or a photo. This is done simply by putting the subject in a different plane from the background. The classic example of this is when you shoot a portrait and the background gets blurred thanks to that Bokeh effect. This will give your object an additional depth and will really place an emphasis on the object’s form.

You can always use your Selective Focus option to achieve such a thing. We’ve seen this in smartphones and cameras have it, too! Don’t forget to try it next time you take a photo – it’s as equally important as the angle and light.

Having said all of this, it’s time for you to test your photography skills by capturing some shapes and forms.

You don’t always have to follow the strict rules when you take some photos. Try to always look for some shapes and forms around you, and when you see them, you can pop up your camera and go for the shot.

Remember to use the proper lighting and try to experiment with the angle a lot. After some time, you’ll develop an eye for the shape and form, and that’s quite an achievement in photography.

I also suggest reading our guide about element and principles in photography.